Hello everyone here
I currently have a fiesta MK7 2012 with electric windows and centralization everything is ok I would like to activate the closing of the electric windows with the remote control when closing the doors by remaining pressed on them or the reverse. I used forscan imossible to do this activation it does not work thank you for your help

If you have global closing capability on your vehicle it has to be calibrated before it functions correctly. Go to each window 1 by 1 and press down and hold for 5 seconds, once its open then do the same for up. 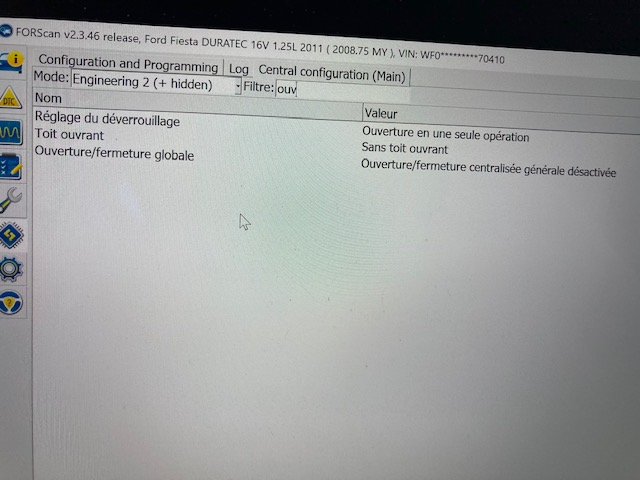 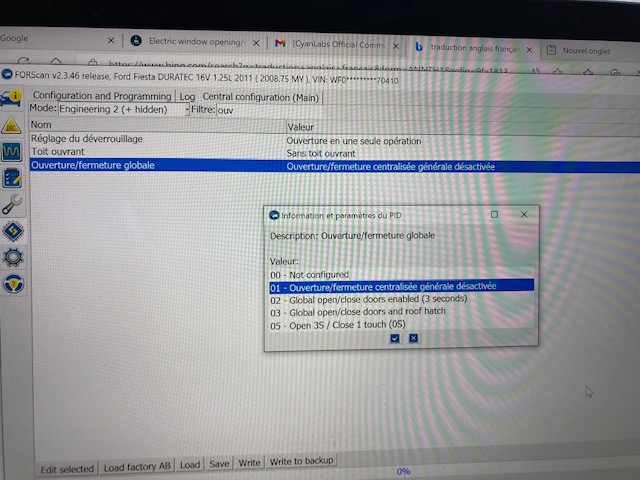 Global Close -MAY- not be an option on that vehicle. Someone else who is more familiar with them may need to confirm.

I know on my '13 C-Max (based on the Focus/European platform with the same Central Configuration system) it is only able to use the Global Open option. Even with Global Close enabled, the feature simply does not work and this has been confirmed by other owners over the years.

(It would be nice if the feature was able to be enabled and it is just some option we’ve all been missing, but so far nobody has been able to resolve it yet at least on the C-Max of these model years with the obvious configuration options)

Have you dont the manual calibration i mentioned above?

I’ll give this a go later this afternoon for sure and report back. Would be amazing if that’s all it took. That said, the windows should be ‘relearned’/calibrated. All four of mine are both auto up and down and those functions work on the window switches. I know during the past handful of calibration updates I’ve done on other modules have caused the front windows to ‘unlearn’ and the auto up/down functions stop until I do that relearn process so I’m very familiar with how they behave in either condition.

Thank you for the feedback
But after trying it still doesn’t work.
Still waiting for another solution
Thank you

Thank you for this. It works! Just for documentation: This is on my 2013 US/NA C-Max Energi SEL trim

Went into the Central Config for the BCM/BdyCM in ForScan and set the Global Open/Global Close config to enabled (3s) (mine said something about invalid/incorrect config, despite GO working fine prior). Just for the sake of going through the full process despite the auto up/down functions working after this, I did the relearn process on all four windows. Now both Global Close and Open work.

Hopefully this helps out @Marcial_Rene too.