2016 F250 had previously purchased apim/screen/etc sync 3 upgrade. year or so go by and find synupdated and go to 3.4.21194 last august. today bumped to 22048. get 2 success and get the msg to restart truck. did so but just straight black screen
tried apim reset through forscan but no luck.

Do you have a error message, if so what is it?
no just black screen. 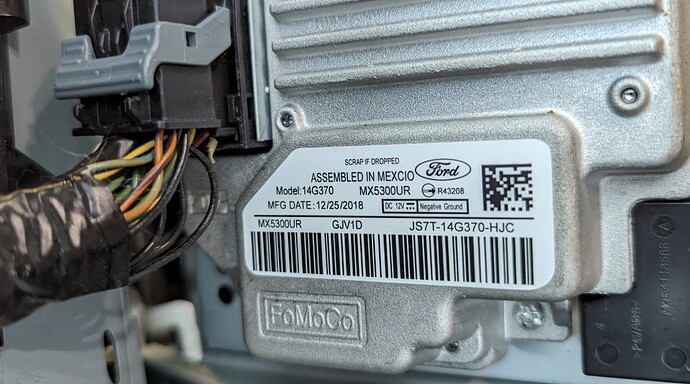 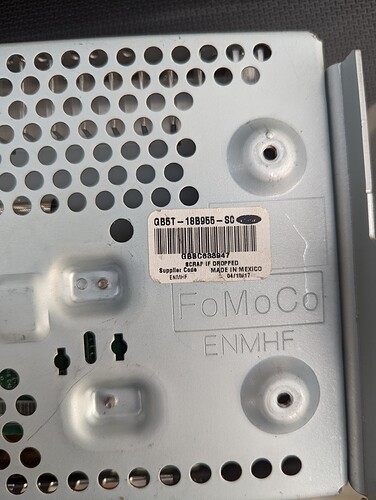 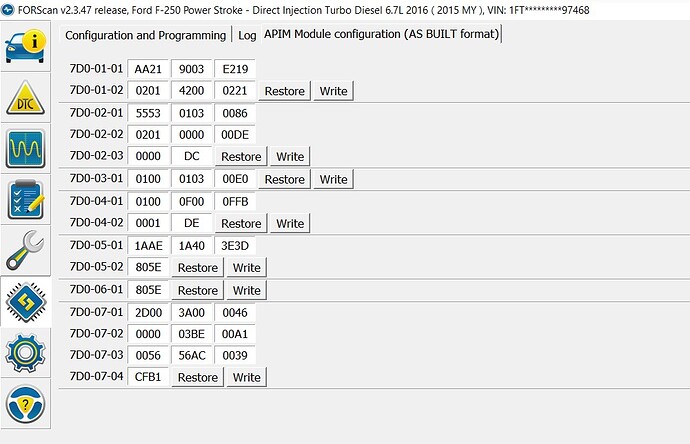 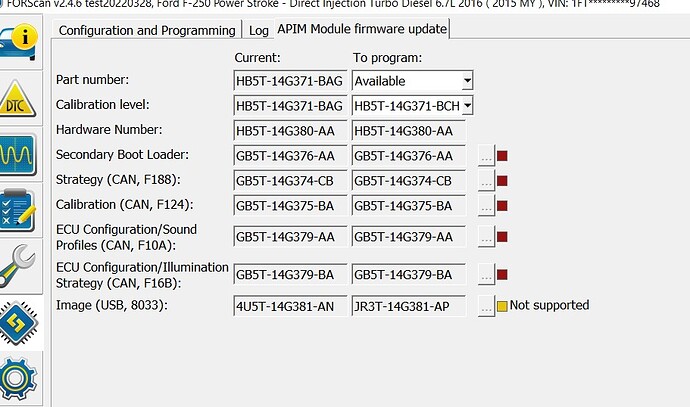 Thanks for the clear details and information provided.
So you originally performed an AUTOINSTALL to successfully upgrade to 3.4.21194 and then a downgrade (thus reformat) to go to 3.4.22048 with maps which produced the black screen after the reboot.

As said on discord, that APIM does not seem to be MY20 based on the manufacture date and being a J series APIM.

BUT (and this is a sad but) we had some reports of users with your exact same issue.
For instance in Black Screen after update from Sync 3 v3.0 to v3.3 - Ford Mustang 2018 a user had this issue with a J series APIM.

This is what you could try to see if it helps, no guarantee since the black screen was produced after a reformat, but it’s worth trying:
Reformat Boot Screen Recovery.pdf (113,9 KB)
reformat.lst (44 Bytes)

Also, let me call for @F150Chief for additional help.
What do you think about this?.

safe to go ahead and try that or hold off until f150chief responds?

If you are ok, I would wait for him to respond, just to avoid keep messing with the unit and have a clearer picture.

To be honest, I do not think the procedure will work.
F150chief is the owner of that procedure, btw.

What’s strange about your APIM is that it’s a J series from Dec/2018.
It should not be MY20 or have MY20 hardware (memory layout).

About the screen, does it have another sticker?

yup not a problem. I didn’t see any other sticker. To find that one i had to unscrew the apim

You can try the procedure but it might not work. It is odd that the APIM sticker indicates it is a JS7T series but FORScan identifies the unit as an HB5T. They did not make HB5T units in 2018. The S/N MX5300UR.is not Sync 3, and MEXICO is misspelled on the label.
This is a counterfeit APIM that is hacked together from parts.
Do you remember who you bought the APIM from?

This is a counterfeit APIM that is hacked together from parts.

And this s**t is why detecting these is difficult

MEXICO is misspelled on the label

Nice finding, I didn’t realize that!

Wow, yeah I didn’t catch the Mexico either. Attempted the procedure this morning and nothing, still just black screen. Anything else to try? Firmware through Forscan or anything? If not, next option would be to replace the APIM, correct?

Had purchased through ebay, so I’d have to go back and look to see who the vendor was. Unless y’all have some options I’m assuming just find another 3.4 APIM there

I would recommend a new APIM if you could. This one will have the same issues again even if you could fix it now. It’s a shame, but it is what it is…

Understood, appreciate the help. I’ll pop my Sync2 (ugh) back in for now. Any thing in particular to look for when searching or a place other than Ebay to purchase?

Since last time I purchased a kit and provided my vin, I’m not sure how I would program it, is there a doc somewhere that would direct me how to do so with forscan?

or do we think we might have a screen issue and should look at a full kit? 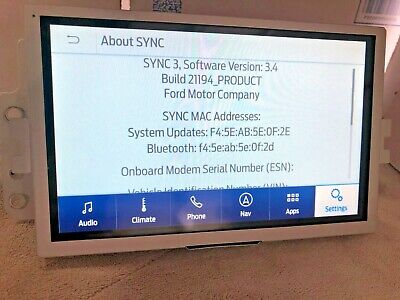 Sync 3 - 8" Touch screen. Sync 3 - APIM module. This will require Programming unique to your Ford/Lincoln vehicle. Everything has been carefully tested for functionality. The brackets attached to the screen may need to be replaced to fit your...

I would ask for an image of the sticker, to really see what model he is selling.
Of course, stay away from MY20 models.

About programing, you should only do that if the APIM is not for your region.
Programing is done via forscan and an adapter.

And finally, about the screen.
Sadly, there’s no real way of confirming what’s wrong.
That sticker on the screen does not look original either to be honest with you, that’s why I asked before if there was another sticker on the side.

I’m not saying the screen is fake as well, I’m just saying that I’m not used to that kind of sticker.

Only way to really know for sure would be to connect a different set to what you have, either a screen or APIM.

But, MY20 has 2 potential issues: if the screen is MY20, the provided drivers with reformat can’t handle it.
But the screen may be ok, if you connect an older screen it could work. Another thing is with APIM storage, reformat kills MY20/+ APIMS due to eMMC.

About programing, you should only do that if the APIM is not for your region.

well he would also need his features programmed, such as a reverse camera etc.

Well, that’s true, thanks for pointing that out.
I was “locked” in thinking it was an imported APIM or something like that, but yeah, you are correct.

correct reverse camera, hvac seats etc. Is there a resource to use for the changes in forscan? I’ve got this in my notes: 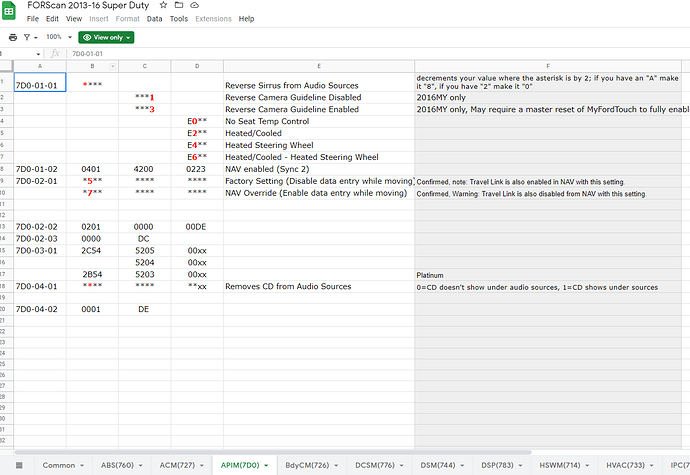 A master page with links to all of our AsBuilt databases, including SYNC APIM, ABS, ACM, IPC, TCU and many more modules, these databases allow you to change your car configuration

That is way too expensive, and it is a 2016 G series which is not desired. What you want to look for is a Jxxx or Kxxx series APIM, manufactured in 2018 or 2019. These are very reliable and can be programmed with the latest software and firmware.

This is only an example of what you want to look for, I do not endorse sellers.
SYNC 3 GEN 4 F150 Sync 3.4 APIM Module NAVIGATION VIN PROGRAMMING INCL | eBay

You can get these units not programmed and do it yourself. Which you will most likely need to do anyways…

As far as the APIM programming, all the info you will need is here on the site. It is much more complete than the image you posted.