Installed it on Saturday and it works.
The only thing is when whenever car goes EV mode, i get Oil Pressure Check message.
Any chance someone could give me an idea if that can be disabled?
On Other hand need Ford firmware with following:
DS7T-14C026-BJM
DS7T-14C026-AJK
DS7T-14C088-BJK
DS7T-14C088-AJK

Maybe someone has them so I would change to them and retest.

Can’t comment on the issues you’re having, but I’m definitely interested how you get along with this swap and how much features/displays are missing/changed that are Hybrid related (I’m gonna guess quite a few since I don’t think the all-digital IPC was ever installed in a hybrid vehicle, just these ‘flanked display’ IPCs.

This is one of the swaps I’ve desperately wanted to do to my C-Max (shares the same factory IPC as the Fusion Hybrid) but assumed there’d be too much missing for Hybrid/plug-in vehicles to make it viable.

There are several Youtube videos on this swap and I remember one guy fixing this exact problem. You can do the same swap with the Explorer also as the Platinum’s have the same cluster in them. Have you adjusted the milage yet?

As far I know mileage adjustments can’t be made with ForScan. Waiting on UCDS to try it.
The swap is no problem for ecoboot’s, but for Hybrids can’t find this info.

Forscan can do them. You can only go up though. Don’t thing you will have a problem with that.

Ohh actually the pics aren’t from my car. These are just samples.
Mine has 130k km
MKZ one is 145k km
So have to go UCDS

So any ideas on how to disable the Oil Pressure Check message?
Thank you.

Ohh actually the pics aren’t from my car. These are just samples.
Mine has 130k km
MKZ one is 145k km
So have to go UCDS

Make sure that you document the cluster and mileage changes you make to the vehicle in case you sell it. You must legally show proof of what you did. Just a heads up…

This thread has some info you might need.
Fusion to Mondeo/MKZ Instrument Cluster Conversion (2gfusions.net)

Don’t believe UCDS can downclock the mileage either… i have UCDS.

That is what I was told

Have you tried downloading these with FORScan or UCDS? The Ford DSFM site does not seem to have them available.

Tried on UCDS and ForScan no luck.

I searched the outlets I know and did not find them available. You might try asking on the 2GFusion forum, especially DanMc85.

I’ll try that, thanks for the idea. 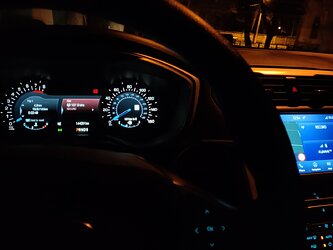