All from forscan even after a Master Reset and deleting with forscan.

There are some codes showing invalid configurations. Can you look in FORScan with the car connected and copy down the descriptions by clicking on them, please. 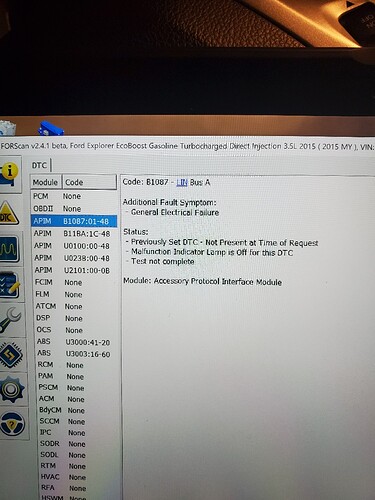 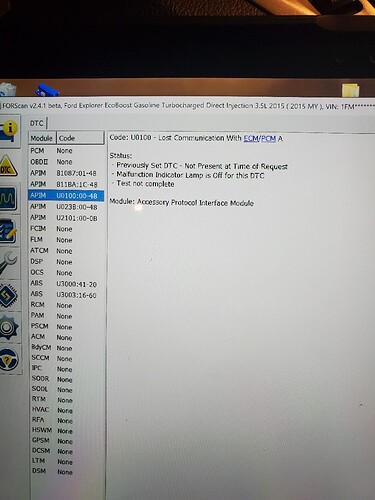 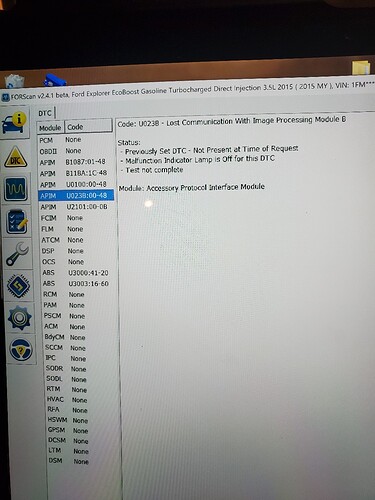 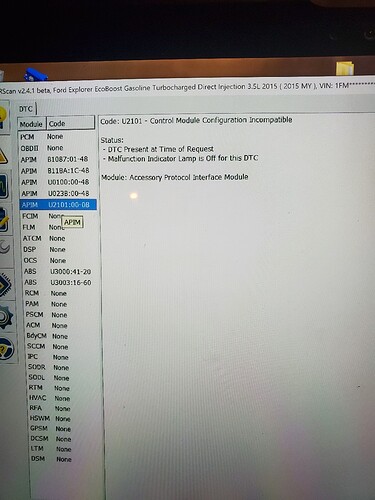 To me it looks like the flash was corrupt or something. I used a battery charger with settings for module reflashing so battery voltage was a solid 13.6v the whole time.

Something went wrong. I suggest using the downloader to revert back to 3.3.19052, see if this clears up or not. At this point there are clearly configuration issues with the APIM. Leave the maps alone.

When did you update the software and maps?
Did the Sync 3 upgrade work without issues?

I did the 3.4 update yesterday. I bought the apim with the 3.3 NA17 Maps. It’s a gen 4 apim. I was thinking about about redoing the 3.4 and see what happens after building a new usb

You can’t re-install 3.4 without doing the downgrade first. This is located in the US?

Yes in the US and ok

This is likely incompatible with your vehicle, I’ve seen it mentioned that gen4 apims don’t work well with older vehicles. Do those dtcs remain when you clear them?

Also, have you written a new asbuilt to your vehicle? Some of those dtcs relate to incorrect config.

The gen4 was just fine until I updated to 3.4 was in my truck for atleast 6 months without a problem so it’s not the fact it’s a gen4 in an older car. Yes those codes are right after clearing.

In which case I would advise reviewing your entire asbuilt as those options suggest is is wildly wrong. Copying the asbuilt from an Explorer that came with sync 3 from factory is a good start.

Wow ok just wondering why would it have worked just fine on 3.3? When I put in the sync3 I reflashed the apim to my as built information and then made changes with forscan as needed. The only problem I was having was the screen never fully turned off after I changed that setting it was totally fine. I never scanned it because it was working as it should. Gps and all. If as built was messed up shouldn’t it have acted up before? I’m not bashing in just trying to figure it out. I’m far from a pro but have messed with stuff like this before so that’s why I asked. The car was off BUT had a charger on it the whole time. Thats why I was wondering about a bad flashed update. When you go from 3.3 to 3.4 does it make any changes to the apim settings. Thank you btw

Those DTCs would have been there before you updated to 3.4 - you need to do that review of your AsBuilt against a similar Explorer as mentioned to get rid of the issue. had these issues when I changed APIM until re-writing the correct asbuilt and they all went away.

Ok time to find an as built unit to go off

Correct.
By the way… - the vin is populated from the vehicle, it is not stored in the APIM.