So I was not thinking and was tring to fix the bluetooth issues I had after the last ota update (random disconnects, blue tooth would turn off and not turn back on unless you reset, could not pair or unpair devices.) So I decided to try and reflash like I had read on one of the ford forums. In the process of flashing i was read through different post on the site then saw the Do Not Use on 2020 or newer. These are pictures of the radio before and after it works my phone is connected but no buttons work other then volume and I have no display other then when its starts I get a ford logo and then it goes black. I do still have the backup camera but there is a lag after going into park and the screen goes blue thej back to black. Has anyone found a way to reinstall the video drivers. To fix this or is there a way to downgrade, without going to ford i still think im covered by warranty but have to check. Not sure if mine was an early 2020 or if it even has my my20 or not. 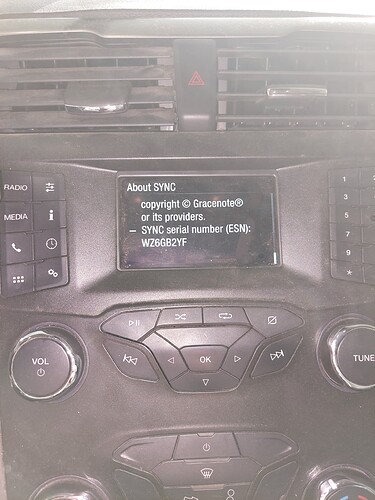 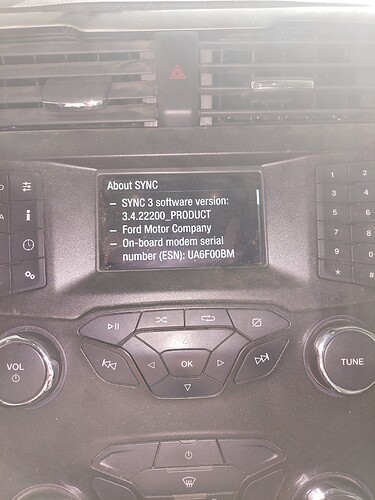 SYNC serial number (ESN): WZ6GB2YF
Based on the ESN, looks like MY20+.

If you are still under the 3/36 warranty, you should take that route.

Well that sucks im at 50k mi. So there went that idea. Has anyone had anyluck with finding a fix as of yet?

There is no publicly available fix for this. You should be able to source one of these APIM’s cheap on eBay since people remove these all the time.

The APIM is indeed a MY20 unit, as designated by the 5U5T in the part number or hardware ID.

I looked for 5U5T-14G371-LKF units and found none. They do come and go. An alternative would be to use a previous year model APIM, like the KU5T-14G371-CDF. This has the same features but does include Nav, which you don’t need. You can look for a KU5T unit without Nav, they will work in place of the original one.

Well that sucks im at 50k mi. So there went that idea. Has anyone had anyluck with finding a fix as of yet?

Which is the part that i need to replace to get everything working properly. Would i be able to put on of the units with a bigger screen?

You can switch to the 8" screen version. This will require at least the 8" screen and FCIM (control panel). You could keep the existing APIM module, BUT this is a MY20+ APIM, so you will never be able to update the maps or have NAV. Replacing the APIM with a K-series would be the way to go if you were to do this.

@bill32399 knows more about the Fusion hardware, so maybe he can chime in with some info.

I found a way to update the maps on a 2020+ APIM but you MUST have the donor VIN to do it and be able to use Forscan.

@kennethwilliams
Did you make progress on your issue?

No not yet have not been able to find any replacement parts yet on my end.

Where do you normally find said parts at online ebay was a no go on my end. If you can and will would you look if you get time and/or send me a link. Also maybe a noob of a question but where and how do i get to the apim and pull it to replace it. I looked around the dash and radio and didnt see anywhere to pop off or screws. Maybe i just missed it.

@bill32399 could probably answer the APIM removal question…he has a Fusion.

Let me be sure of what you want…
I’m looking for a NON-MY20+ APIM, like a 2019.
Does it need to be NAV? If you use phone nav and/or CP/AA, then you will not really need built in Nav. You don’t have Nav now in the present unit.

@kennethwilliams Please PM me your VIN…

No non is fine saying with as close to the original as possible. VIN 3FA6P0G74LR235388. Just want to get full use back agian. Thanks in advance for any and all help.

You have to pull off the silver or black trim around the FCIM. than you will see the screws to take it all out.

A quick search on Bing found this…

How to Remove Radio / Navigation / Display from Ford Fusion 2017 for Repair. - Bing video 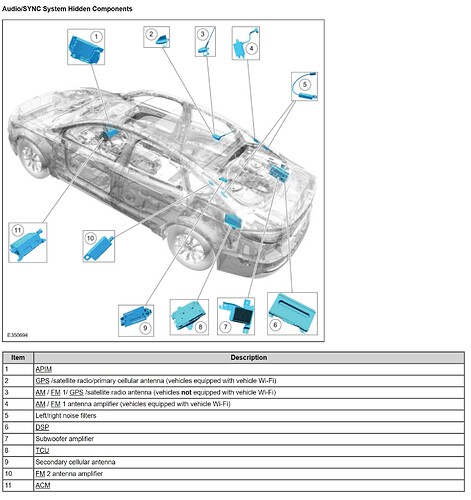