Currently have a 2015 f150 with sync 3 acm with no amplifier everything is working correctly …i got a spare acm with amplifier but when i put the spare one i can control the volume on the know or the steering wheel also the volume shows its at “0” and i can here the radio loud any ideas on how to configure the spare acm?

P.s when i tried puting the as built from the original acm with no amplifier forscan did not let me. Gave me msg Wrong structure data

Is this the same issue as your other thread? I can reopen that thread if you like.

I’m not following the “no amplifier” vs “with amplifier”. Do you mean that you aquired a Sony external amplifier? 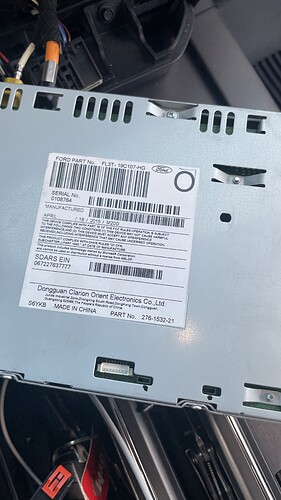 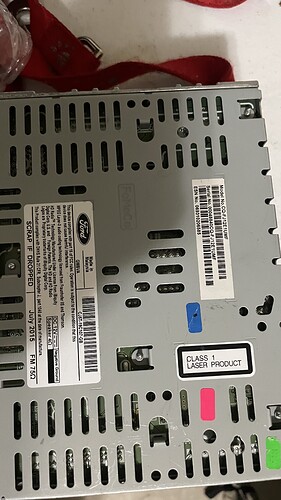 Yes, that looks like a 2012 ACM with an integrated amp.

I’ll have to research the setting for this, but this ACM unit was used with Sync 2, not Sync 3.

Can you tell me what the part number says, the pic does not have the resolution (on the internet). I’m looking for the Cxxx-19C xxx-xx on the second picture just below the big barcode.

I remember a thread on another forum about the volume indicator not working properly. I will research.

when i tried puting the as built from the original acm with no amplifier forscan did not let me. Gave me msg Wrong structure data