I’m new here and my English not so good, sorry about that.

I’m upgraded my Sync3 v3.0 to v3.4 without any problem,
but I want the Calm Screen don’t know why…

Firstly I’m contacted with ForScan support and them give me the v2.4.3 version
which is can updating module firmware.

After I’m updated the APIM firmware only strategy is changed but
likely downgrade direction (pic. 1. and 4.)

Originally it have seven blocks, just like factory AsBuilt configuration (pic. 2.)
Since programming appear an eighth block which is maybe not suitable for my car (pic. 5.)

Progress and firmware list are on third picture (pic. 3.)
I choose the higher release of calibration from the available menu,
but I don’t know why different the it after update.

I reached the goal, Calm Screen and others are available,
but I want to clear the remaining errors (pic. 6.)

I had U2100 error to, but this is disappeared after I loaded factory .as values to APIM modul,
but not helped this is the IPC module.

Please give me some help.
I think these errors are due to the APIM FW update, but i don’t know how can I solve this.
Maybe the FW downgrade is the solution?
Which version good for me for Calm Screen without errors,
This is an older Sync 3 version unfortunately .

Thank you for any help!

I’m newbie and I can attach one picture per post, sorry.

Here are the first two: 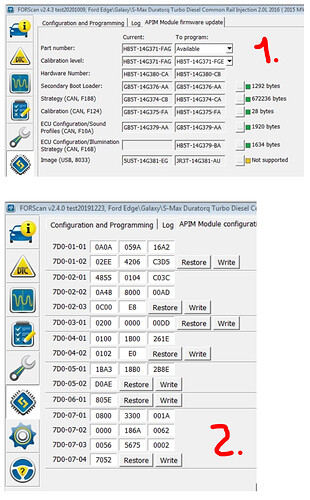 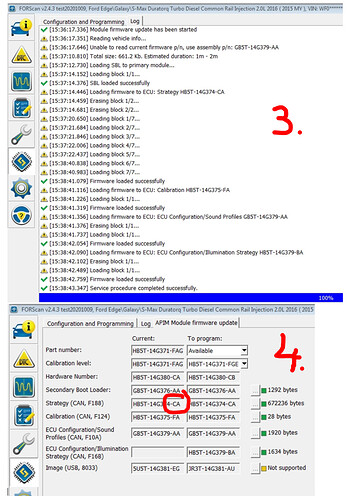 And the last two: 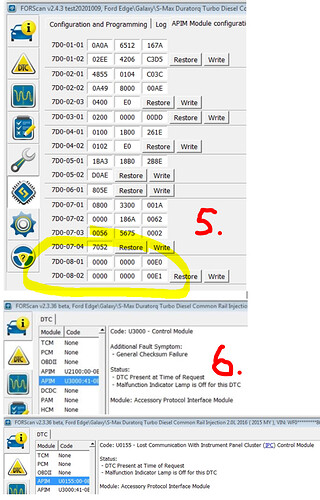 Firstly thanks for the comprehensive post with all the detail needed! If only everyone did that!!

The added 7d0-08 entries is normal, the upgraded calibration has made these available. You can safely ignore these.

The ipc error is likely due to apim losing contact with your instrument cluster during the upgrade process, you can safely clear and ignore this one.

With regards to the general checksum error, this does sometimes appear after a calibration update but doesn’t seem to affect anything. Few things to try:

Thank you for your answer!

Unfortunately the IPC Communication lost error is permanent, come back after cleared it

I tried reflashing all of factory AsBuild config, but write it for modules one by one.
The whole .ab can’t write to all of modules in same time I guess, or does it?

I rewrite separately IPC and APIM modules from factory AsBuild, but errors remians.

By the way updating IPC module FW is possible just like APIM?

I got a permanent IPC Comms lost after switching the Chime strategy from NA to EU by accident in 7D0-01-01, see here for details: https://docs.google.com/spreadsheets/d/1uDSQ1Z5a2Wt8-kjrSiVSlDFGFHnfeuhb3RTMVz95730

Strange. I left the chime Strategy and Climate Control Type values are in North America. I need to downgrade APIM FW, after that no more IPC Comms lost error. 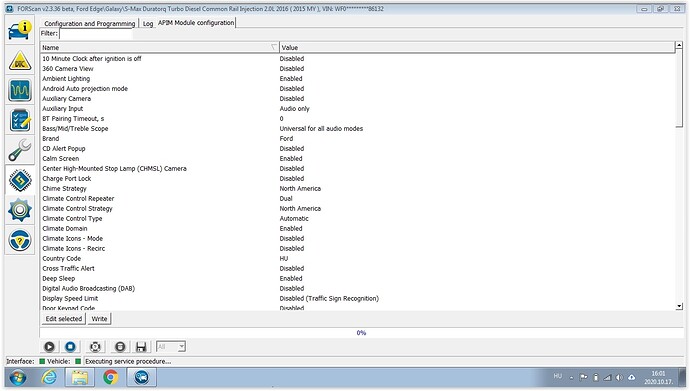