I’m removing an APIM Non-Nav from a Ford Fiesta, and installing an APIM Nav from an ecosport 2018.
However, after configuring the car parameters, with the additional ones related to Navigation, I keep receiving a DTC B1087: 01-0B - Lin Bus 'A’

After many attempts, the only difference I could see, is in relation to the “Model” on the front label, where:
EcoSport (JN1T-14G371-DBC)
Model: ACJ-FA-170-BCAR-HS

I heard that some modules have a LIN connection, they are NON-LIN and LIN, but what does that really change between them?
I searched a lot, but it seems that it is an obscure point.

Because, even when switching between the modules above, both recognize the reverse camera, the antenna, the buttons, and other.

Is there any way to adapt the APIM so that this DTC no longer appears, any suggestions !?

Thank you all for your help

So all I know on this is that some apims have stickers applied to them that state the size (64gb or 16gb). The same sticker also states LIN or NON LIN, my best guess is there is a hardware or calibration difference. I’ve seen that same dtc when installing a LIN apim in a Focus, but never worked out how to get rid of it. Didn’t seem to affect anything so just ignored it.

Yes, exactly!
Nothing changes, only DTC there, and in South America, these stickers don’t come in the equipment, unfortunately.

I saw in a forum, that the person changed the calibration file, but I am in doubt, if this is really necessary, what would it affect and which one to use?

I think it’s a different communication method between the apim and the ACM (or other modules), so the error you get is due to a lack of communication over lin. You could try calibration files yes, though I didn’t as it doesn’t affect anything.

I’ve had similiar issues when trying to power LIN configured APIM’s on the old chinese emulator ( @Louage knows what i mean) copying the entire asbuilt from one to the other seemed to work for me but it’s possible like mentioned that some calibration or something may be needed in some cases.

I hear you. Thanks @Louage and @CyanLabs for the answer.

Not really to be honest, trial and error, you are extremely unlikely to brick the unit, just it won’t display anything if you install the wrong one, you do this at your own risk though … etc etc.

This is the section for BCAR settings.

The same sticker also states LIN or NON LIN, my best guess is there is a hardware or calibration difference. I’ve seen that same dtc when installing a LIN apim in a Focus, but never worked out how to get rid of it.

Local Interconnect Network. Used for direct connection from a master module to slave modules for low speed communication and dedicated functions. LIN does not show up on the DLC - Data Link Connection like MS-CAN and such. LIN errors cannot be read directly by a scanner, etc., and are proxied by the master module. Usually the LIN messages indicate and error, failure, or no existence of the slave module.

Although it is possible that firmware can be changed to correct the issue, the most obvious change you made was to replace a SyncG3 unit with a BCAR unit.

Please post the entire DTC error description from FORScan, and your asbuilt from the APIM.

Now it all makes sense, thanks again for the explanation.

Sorry, the image is in Portuguese, but basically:
Code: B1087: 01-0B - Lin Bus A
Symptoms: General electrical failure

As for AS-Built, I used the destination car, which also had a Sync3, but without NAV. (Only enabling Gyr. And Navigation) 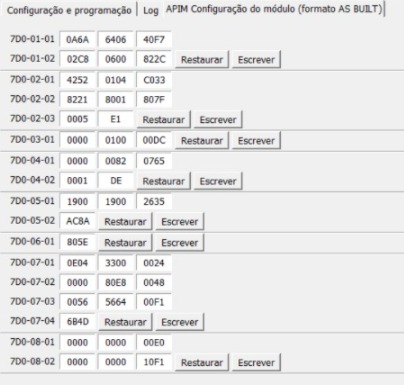 We solved the problem, replacing the Sync plate between them, keeping the larger plate and the vehicle’s own frame and just changing the plate responsible for containing the memories and the NAV. 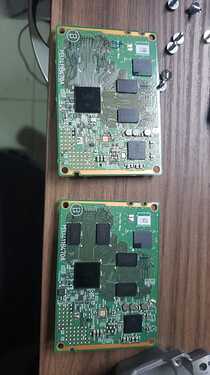 As such, DTC has disappeared.
Curious is that the Model code of both boxes were identical, changing only the code, as I said in the first message.

Among the next days, I will make the same exchange on a Focus, I have a Sync3 without NAV, original coming from a Focus, and a Sync NAV coming from an ecosport, identical to the one used in the case above.

I will do the tests and return with the DTC’s, if any, and the AS-Built.

Thank you very much!

To solve this problem we must connect pin 44 from APIM connector on button panel (fcim?), and this DTC disappear

This topic was automatically closed after 2 days. New replies are no longer allowed.