trying to put new update 3.4.20196/ maps 1.19 onto usb stick, it starts downloading and freezes roughly a quarter of the way through. is there a fix, or am i doing something wrong?

Did someone solve the problem? I have the same. I tested the micro Sandisk card and DataTrawel pendrive.

I may be mistaken, but there are a few reports about this happening with the new tool. Just make sure you run the app as admin, and also disable any protection the computer could have.

If none of those things work, then you can always check if the previous version gets the job done. 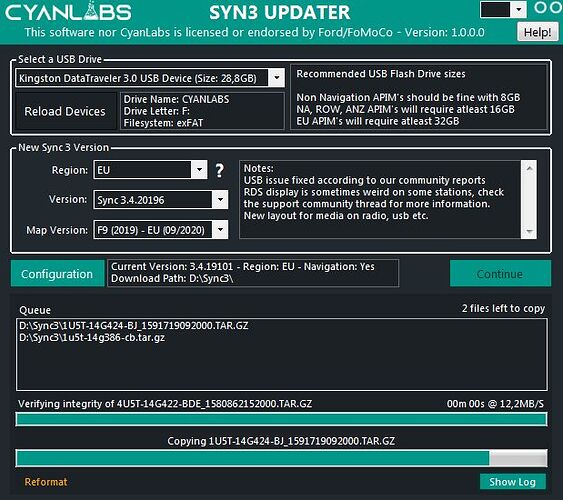 There have been a few reports of this happening, i’ve only had it happen from testing when my USB has cut out mid way through for whatever reason, i think i have a dodgy usb port.

I haven’t been able to replicate it under any other situation but someone said they were having this issue, re-installed windows and then wasn’t so my guess would be something conflicting on the computer.

obviously i’m not suggesting you re-install

Sorry, I meant the previous program.
But I’m not being able to find a link for downloading it now…
If the auto tool does not work, you will need to follow the manual process…

As I wrote, I tested on two computers. I don’t think two computers have a windows problem. Tomorrow I will test on a computer where windows was recently installed. I will also test on the built-in card reader from Laptop. By hand, I don’t really know how to do.

Like i said i haven’t been able to replicate it, i’m not saying your computer is the issue but simply that something is likely conflicting with it, likely security software.

Ok. I will see on another computer without security. I will also see on Windows 10.
I’ll let you

I have installed the new version of Syn3 Updater 1.0.0.2.
I used another computer with Windows 10 and everything was downloaded and installed on a DataTravel 32GB pendrive. I will test it on Windows 7 and let me know.

I tested it on a computer with clean windows 7 and there is also a problem. The recording of the pendrive stops. On a computer in Windows 10, there is no problem on the pen drive and SD card.

There have been a few reports of this happening, i’ve only had it happen from testing when my USB has cut out mid way through for whatever reason, i think i have a dodgy usb port.

A lot of cheap usb drives will get very hot on write functions, and this will slow down or stop the drive. The larger the drive, the more critical heat management is for these. Bargain usb drives are not really a bargain.
When writing to your usb drive, check and see how hot it gets, especially the newer usb3 drives. If it’s getting too hot to hold, the drive is overheated, most likely, and the write function will be compromised.

Yes but i never use cheap USB’s this is not my issue, my USB drives just randomly drop out, other USB devices like keyboard, mouse etc don’t but i can deal with it.

Of course, I agree, but I use Kingston, Samsung and Sandisk all the time the same. I only change computers. Only work Windows 10.

Well, you see, there are still such ones every May Win7. Somehow I have no conviction for Win10.

Fair enough, my point stands though, i won’t support or do any testing on Windows 7 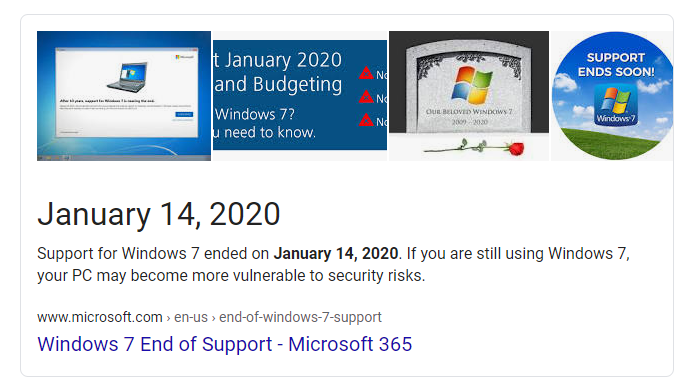 Yes I know. But Win10 keeps having some flaws after the update. I use a few programs, which do not work well under Windows 10. But I will probably have to install Win10 soon. There is also an update of Win7 ESU.