Syn3 Updater allows you to update your Ford SYNC 3 powered car to versions later than 3.0 even if Ford says no! It also has many other functions including earlier access to new releases before the general public and more. 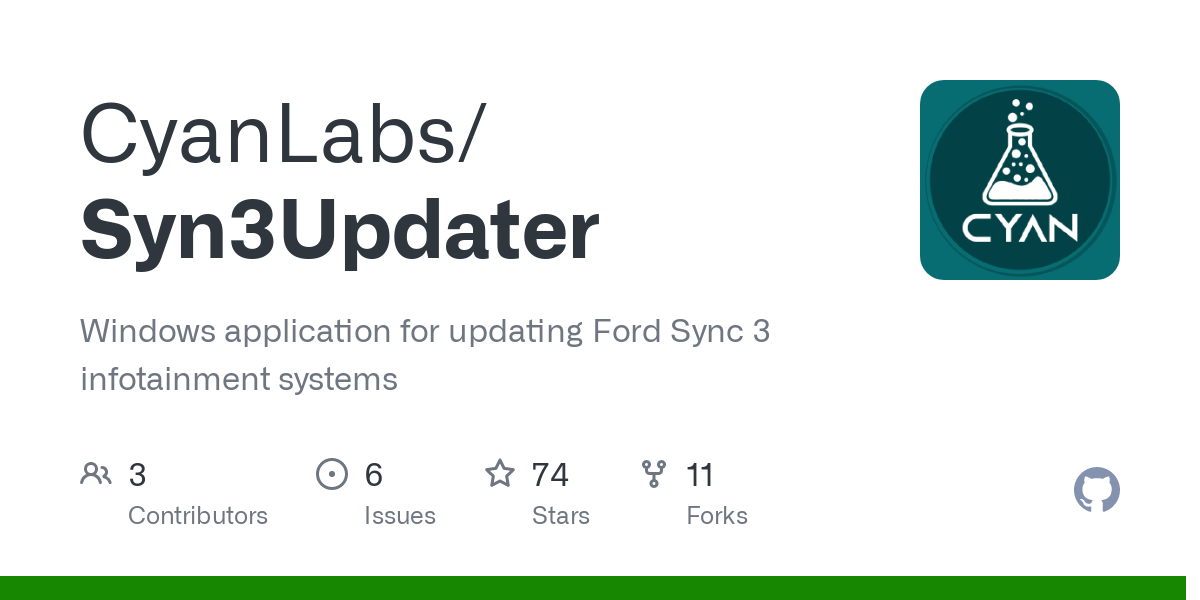 Help translate Syn3Updater by joining one or more languages in this localization project hosted on the translation management system POEditor.

Report A Bug
Request A Feature