I just finished updating my Sync3 APIM out of a 16 mustang. I’m trying to activate the rear-view camera but when I go in to Forscan it only see’s 6 blocks, shouldn’t there be 8 blocks?

What Sync version?
What firmware?
Please run the Interrogator Utility and post the results.

2016 has a rear camera standard so it should have already been configured for it. The Camera settings are in the first 2 blocks so it would not matter if you had the 7th & 8th block.

I put it in a 2014 Mustang that does have the hs/ms cans needed to turn on but used a can bus module and its working good. just need to get the rear cam to work and I’ll be set. The only other thing I’m trying to work out is the audio and a/c but I’m using the 14 mustang’s a/c controls which works for now.

ah ok ill take a look at it more.

I put it in a 2014 Mustang that does have the hs/ms cans needed to turn on but used a can bus module and its working good.

Can you explain this statement please…?

The only other thing I’m trying to work out is the audio and a/c but I’m using the 14 mustang’s a/c controls which works for now.

This is a case of installing newer electrical architecture equipment into an older vehicle it was not designed for or will support. The 2014 Mustang A/C controls are not compatible with Sync 3.4, don’t bother. You will need to rely on the hard buttons on the center console if you still have them.

I use a can bus emulator to turn the apim on. I could have built my own but i dont know how to code

. I also have the gateway, bcm and radio bezel and controls from a 16 mustang… 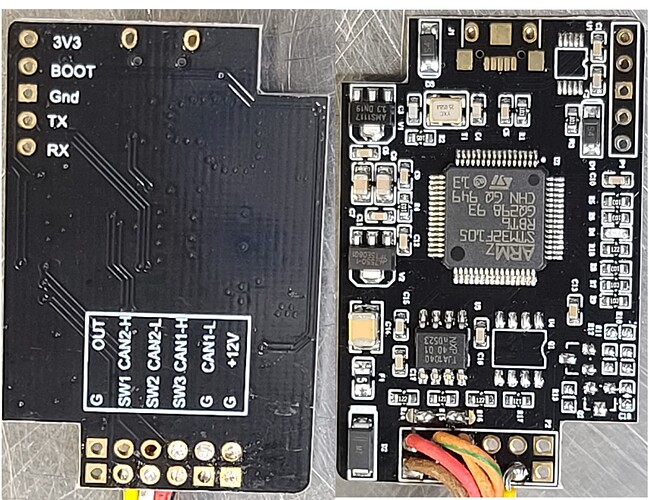 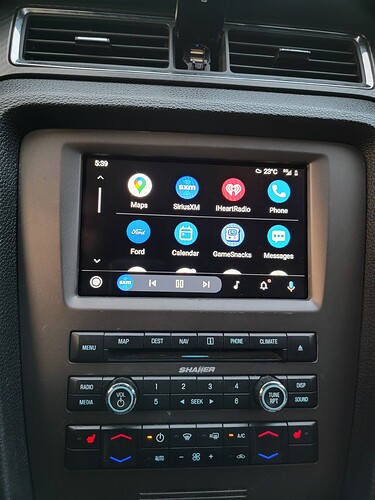 I am using the a/c controls from my mustang and works fine it just dosnt show on the screen. For audio i have buttons on the side for volume up and down and eject.

FCIM’s are very specific to the Can Bus network being used. A CGEA 1.3 FCIM will not work in a 1.2 or 1.1 and vise versa. The commands follow different paths in each.

the fcim is a sync 1 but the screen and apim is a sync 3 from a mustang, its not Dynavin. I am using a sync3 canbus module to turn it on and off with the key.

Im probably gonna have to install a rearview mirror for the back up cam or another canbus for the cam or use a metra axxess kit to trigger it at this point. 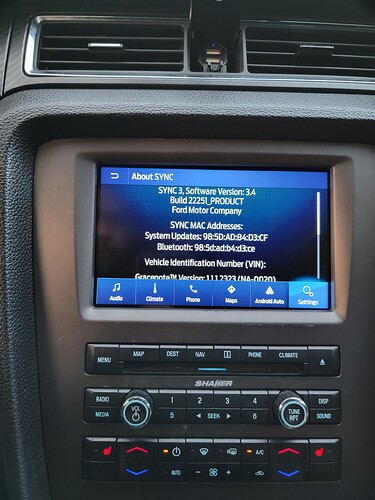 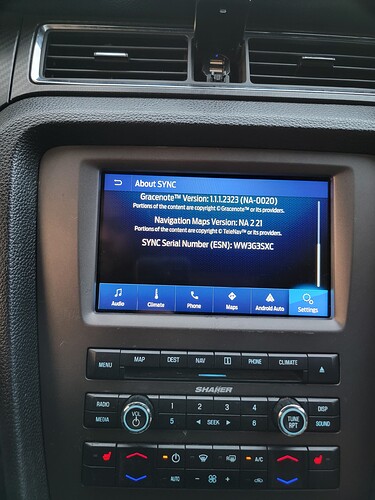 CGEA 1.3 FCIM’s require the signal to go through a Gateway Module(GWM). CGEA 1.2 systems use the IPC for the ICAN and the BCM for the HS and MS Can. I am very interested in the CanBus module though if you have a link for them. I can’t even get a CGEA 1.3 FCIM to work with a CGEA 1.2 system.

Hmmm i do have the gateway and the bcm from a 2016-17 mustang ill try and re wire it. I was looking at a video on youtube where they puy a sync3 in a fly audio ecosport and was thinking maybe i can do it but i have no idea how to code lol

Sync3 canbus: i think the price went up from when i bought it. Bought one off of ebay and that lasted 20 seconds, this one has been good to me so far. I was thinking of making extras but dont know how to do it. 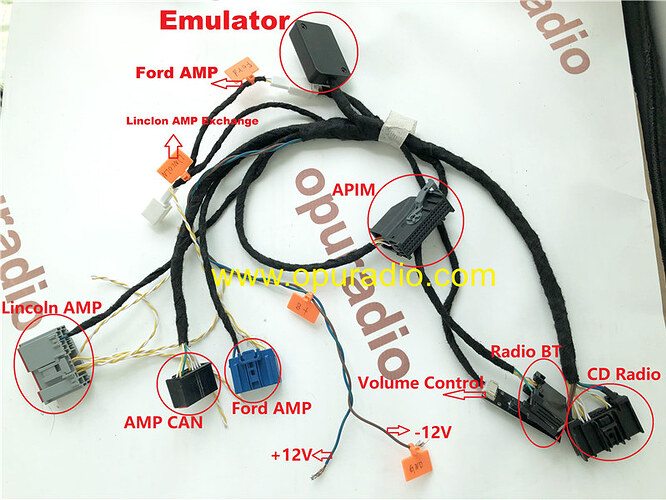 You can’t wire a GWM in a CGEA 1.2 or 1.1 system. It will conflict with the BCM and IPC on routing. All the modules in the car are not programmed to go through the GWM. You would have to replace every module in the car to get it to work.

The funny thing about using a CGEA 1.3 FCIM in a 1.2 system is the audio controls work fine. It’s the HVAC controls that don’t work because of the routing.

ah ok that’s what I want to do. I wired it up to where I have the stock OBD2 location and a second location for the GWM, i can program the APIM on sync3 system separately.

The HVAC is fine how it is now its just I can’t see what mode it’s in lol. The cool thing about the stock HVAC controls is its separate from the audio controls, I did get an eco-sport audio controls, pick and pull, should be here tomorrow, I’ll see if that would work.

You will get a ton of DTC’s if the GWM can see the CGEA 1.1 or 1.2 network. It will need to be completely isolated from the rest of the vehicle networks. If the car won’t start you know its wrong.

The audio controls should be able to work as those are LIN based, not CAN.

Just got the controls and bummed its not working. I changed the apim as built to a ecosport and still nothing.

You will need to check the LIN wiring. It is different for Sync 1 to 3.
APIM Connector Versions.pdf (201.5 KB)

I bought a ecosport radio control and thought it would work after putting a pin in 44 - line and changing the as bult 3 times But it wasnt doing anythig. Ughh so im thining of picking up a 19 c-max/escape and a 21 f-150 controls if it works.

I was thnking would the canbus emulator be interfering? 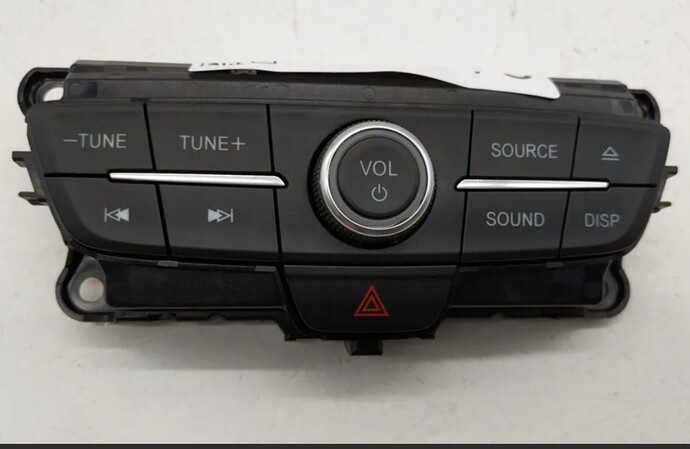 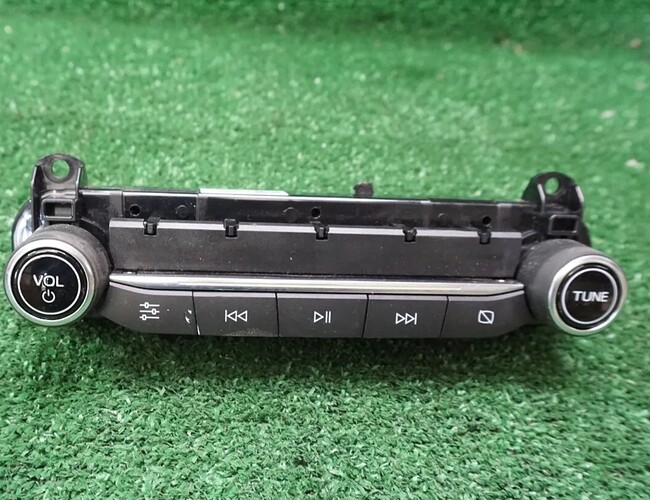