I have a 2017 mkz hybrid 3.4maps 119 and have used Forscan 2.4 and i do have calm screen in display settings (US) and i don’t believe that DAB is in the us and HD radio in FM replaces that, and i have set 7D0-02-03 XCXX-XX, also tried 7D0-02-03 X6XX-XX but radio logos only work for Sirius and FM which it did before playing with Forscan making changes and i have already done a “Master Reset” but station logos if you referring to AM do not show up other then numerals like 700, 850, etc. Am i missing something. BTW i did get the dtc error code as Forscan predicted but after playing with files, the dtc error is gone and everything works perfectly other then the AM if that’s what you are referring as for “STATION LOGOS” Version 19101

AM is not a digital radio signal, you don’t get neither station name or radio text. So, by this reason the system cannot look for radio logo on Database… I also have logos on FM. We don’t have sirius in Spain 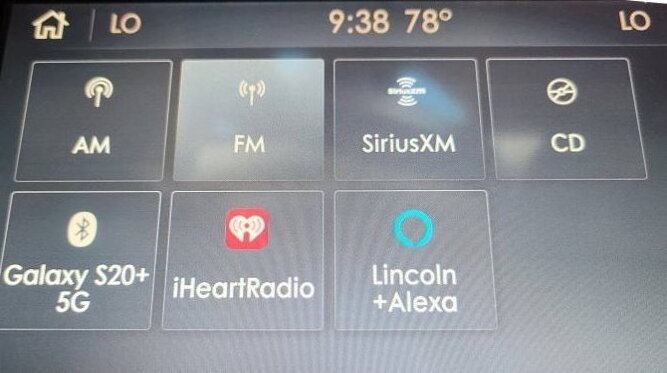 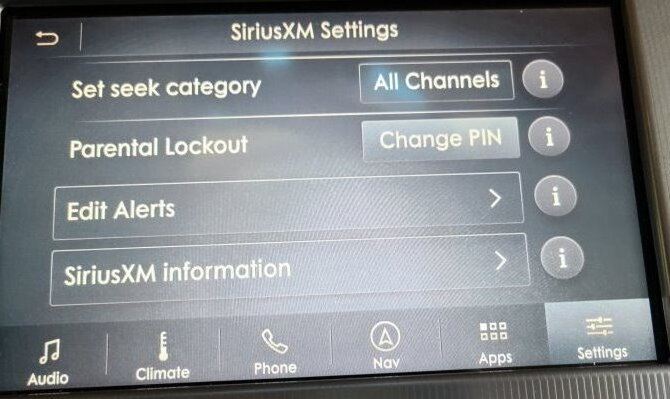 Viewing AM sources and this is interesting which i was unaware of (AM HD Radio) and that icon is functional and i might also add DAB which would show up, BUT IT IS NON FUNCTIONAL and as you can see no mention of Radio Logos because they were functional in sync 3.0 at least in my car.

I’m not sure but I think radio logos are just only set up on general radio settings and should apply to all radio definitions DAB, HD FM, HD AM, but, as í said, AM has no logos because no RDS system available for that frequencies… Just test by doing a máster reset

Already did a master reset, DAB as i said i can setup in radio settings using forscan, but it’s useless because nothing happens when i click on DAB and i believe FM HD here in the US is the replacement for DAB and again you are right, AM just gives numbers 900, 1120,etc and that’s it. So the only thing i gained was CalmScreen thru forscan, the FM logos i had was on Version 3.0 and Sirius had its own set of Logos on Version3.0

DAB and FM HD are seperate things, there is too much wrong information in this thread, please can you provide a simple short reply to this explaining what your issue is, right now i don’t see one.

Short reply changing 7D-02-03 did nothing for logos, had those logos back in version 3. Did gain Calm Screen, again no complaints. DAB useless with my car, in the US FM HD takes the place of DAB, already tried that, but i did learn something which i hardly use, AM has HD and its functional. So you are right there are no issues, again it was confusing to me what logos i was to see after playing with Forscan.

OK Thanks for clarifying. We me and Louage are both EU based so don’t know what some of this does for NA

I also gained calm mode by doing this for me, but I don’t know what radio logos are, or if I actually gained them.

(First i am in the US) While playing with Forscan, i too got Calm Mode but that’s about it. I thougt Radio Logos also app;lied to “AM HD, they DO NOT” and all i see are numbers like 690,930 and that’s it. FM HD and FM appear as numbers with logos and they appeared on my Lincoln 2017 mkz way before Version 3.4 appeared on the scene, in short nothing changed for FM. Sirius has it’s own “LOGOS” and again they were there with version 3.0 so nothing changed by going to in my case 19101. Yes, one can using Forscan create the DAB in radio settings using “FORSCAN”, but that is inactive. Why, FM HD in the “US” takes the place of “DAB”

Ira, were are you located? I’m in the Seattle area. Maybe we can share notes or if we are close enough, meet up.

Not Close at all unfortunately , located in Kentucky. I was there a few yrs ago , Space Needle, took a 45 minute ride to an island owned i believe by native americans and had a buffet, visited the locks and i also believe there was a botantical garden in the same place and watched the fishing boats heading from the locks to Alaska. Also salmon going up stream to spawn and also watched them release young salmon from fresh water into salt water and about 4 or 5 yrs later they would go back upstream.
Actually my car came equipped with mostly everything except the Sun shade., except things like calm mode. On my car i tried reverse folding mirrors and this i believe is used for parking. It didn’t work using forscan so i made an adjustment, Mirror on left side in set 1 position is “NORMAL” , i parked on a straight sidewalk , put the car in park and reversed the mirror manually with the adjustments on the drivers side and got close to the sidewalk and that was my way of using reverse folding mirrors. (Set 2 position)
I can also put an icon in the climate screen for climate control in the back, but that too is “USLESS”

Logo Support has been enabled with Forscan. Button is available in Sync3 and working for DAB.
Has anybody an idea what causes the issue that no FM logos will be displayed? 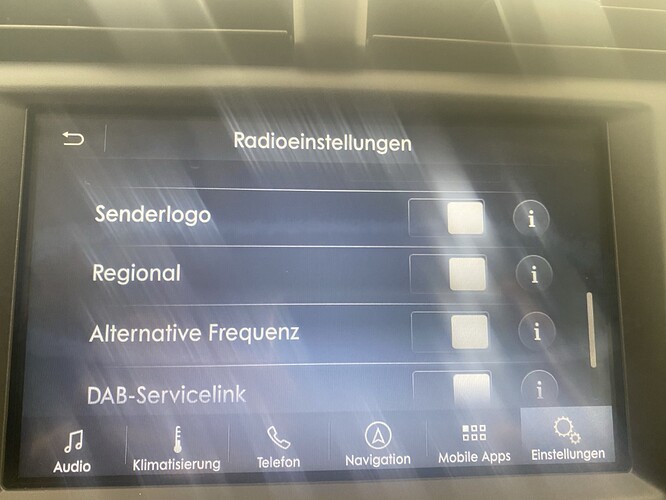 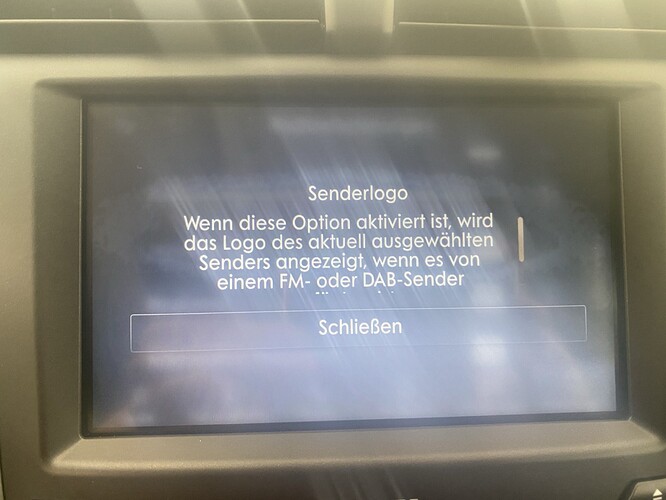 Problem solved
The APIM direkt config setting “DAB Enhanced” must be set from “enable” to “disable”. I did it with Forscan.
In fact DAB and FM logos are now available. So fare I could not find any other downsides with the new setting

OK, Correct! Thanks You