Microphone off after parking sensors got to work

I have done a Sync 1 to Sync 3 conversion. Then my Parking sensors and camera wont work. I got it to work with some coding, but then my microphone got off - the caller can’t hear me, and voice commands can’t hear me. Then i tried to set my car as it was before, but still no microphone. I have tried to update and another APIM and ACM and microphone, but nothing helps. Anybody know whats wrong?

But the microphone worked with sync 3 before I got the computer on. 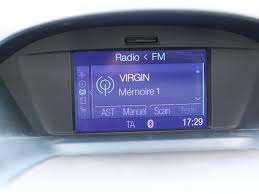 Use the attached doc to verify the wiring for the harness.
APIM Connector Versions.pdf (201.0 KB)
You will see that the microphone connections from Sync 1 to Sync 2 or 3 change. Make sure this is correct in your harness and the microphone it turned on in the APIM asbuilt.
The Sync 3 asbuilt settings can be found here:
Sync 3 APIM Database - CyanLabs

The microphone have worked with Sync 3 apim before I Got Parking sensors to work, so i dont Think its wiring problem, but i Will check again. I can’t see as built for the microphone, do you know where it is?

I don’t think the microphone is bad so it makes sense that it used to work. I think your harness might be wrong.

The microphone has worked with Sync 3 apim before I Got Parking sensors to work,

Post your APIM asbuilt. Did you also make changes to the ACM as well as APIM? 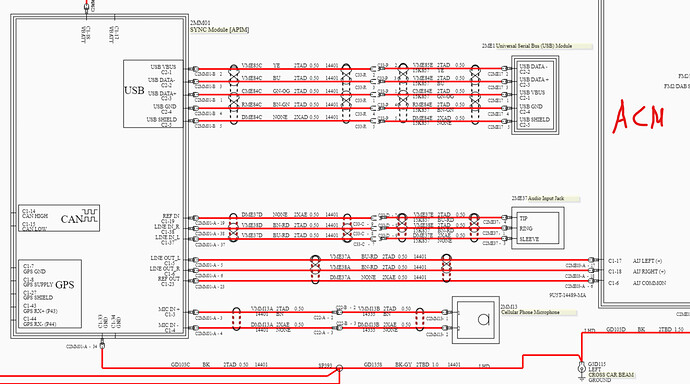 Your APIM came from a Ford Kuga…it’s not quite right. You should make the changes in the new asbuilt attached.

As far as the microphone is concerned, it either works or not as far as the APIM is concerned. There is not adjustment. It it’s connected like the diagram above; it will not work. Above shows the mic connected to pins 3 and 4 of the APIM (Sync 1). The adapter you as using probably expects them to be on pins 5 and 6.

Will it help with a new APIM?

I did that, but still no mic

I dont understand why it wont work

please, do not bump threads in the future

Above shows the mic connected to pins 3 and 4 of the APIM (Sync 1). The adapter you as using probably expects them to be on pins 5 and 6.