I am new to using CyanLabs. I created a USB stick to get from 3.0 to latest 3.4 with NAV. I know from other sites that there is an optional APIM change that is known to brick the APIM… is that part of the standard USB built by cyanlabs? I chose my FROM version, Region and Nav=yes. Then latest 3.4.21194 and 2020 maps. I see all the warnings about MY20 protections… I assume that is ONLY about the reformat, which does not apply to me with a 2016… is this correct? And then my only question is, does the USB I just built do this hazardous APIM change that may brick the unit, or does it just do the safe 3.4 reformat and update? Thanks!

Not sure what you are referring to here, the reformat will brick MY20, what other change happens?

I have moved your thread to the correct location as this is relating to Ford Sync 3.

What is your SYNC Region?

Do you have Navigation?

What region is your SYNC APIM?

What was your old SYNC Version?

What is your new SYNC Version?

If you answered Syn3 Updater above;

Please provide any further details below

I see all the warnings about MY20 protections… I assume that is ONLY about the reformat, which does not apply to me with a 2016… is this correct?

Correct. You have a 2016 vehicle with original APIM, the MY20 warnings will not apply to you unless you have changed your APIM to a new 2020+ model which the part number will begin with L or 5… You are presently on Sync 3.0, the ONLY way to get to Sync 3.4 with new maps is to reformat. And there is no going back to Sync 3.0. MY20 does not come with Sync 3.0.

If you want to know exactly what your APIM part number and manufacturer date is, run the APIM Interrogator in the Syn3 Updater app. It will tell you all you need to know about your hardware and software installed on your APIM, including maps, etc. Or you can follow the tutorial…
Tutorial: APIM Interrogator Utility - Ford / Guides & Info - CyanLabs Official Community

The automated process here takes many considerations from the information supplied to create the installation packages. There is a minimal installation package supplied with the files from F150Forums. You will see differences in the installation methodologies. Keep in mind that CyanLabs just packages the files to be installed so you don’t have to do it manually. The files are exactly the same, downloaded from the same servers, containing the same hashes. The files all come from the manufacturer, and are final release files, not betas. This is true for most anywhere you download these from. Airborne Ape, JRSBill, and others have done a very good job of maintaining the files and providing support for this.

What is your SYNC Region? US

Do you have Navigation? Yes

What region is your SYNC APIM? US

Do you have a error message, if so what is it? I have only built the USB; not done any update yet.

How did you update, Ford Website / CyanLabs Website / Syn3 Updater? All updated to 3.0.20204 have been via Ford web site. Now will run Syn3 updater to get to new version above. Not run yet.

My main question, before I run the updater created USB install, was about the warnings in the Syn3 Updater… confirming that the only danger of bricking the APIM with the update USB was incorrectly reformatting a 2020 or later APIM… and that running the USB update on my 2016 APIM was not a risk of bricking APIM… only if I chose to do the change to force APIM firmware load… which is ONLY done via forescan… I think I am correct in all of this? Just want to be sure before I do the update.

only if I chose to do the change to force APIM firmware load… which is ONLY done via forescan… I think I am correct in all of this? Just want to be sure before I do the update.

APIM firmware will only temporarily brick till you restore with the correct firmware anyway, trust me i have ‘bricked’ mine many times, and yes this is done via ForScan

Correct if you don’t have a MY2020 car/apim then reformat will work fine and is the preferred way.

Correct. With a 2016 model APIM, probably part number beginning in 'G", I would not bother with the firmware update, as there is little or nothing to gain there. Later model APIM’s can benefit from firmware updates. This is the advised values in FORScan…

Before I run the update, I made an interrogator USB to get details on current config. I opened the xml in Syn3 Updater, but what is shown there does not match the xml and also does not match what is listed above.

Can anyone help me explain why Syn3 Updater is showing different data in interrogator log (opened same xml) that what I see in xml directly? I thought it woudl give me complete info about all installed files and versions… maps, etc… what am I missing???

You are seeing that difference because Syn3Updater is reading the file properly, and you are not

There are some HEX strings that you are not taking into consideration, those HEX strings are the ones that contain the information about installed packages.

These are maps and other items, NOT firmware. This is contained in the 8060 (HEX) data string.

Thanks for the replies. That makes sense!

I compared to the reformat.lst file Syn3 Updater created and I see the correlation now.

I see my current modules have two character suffixes… CJ, CH, etc… where the last one is the revision… but the new modules seem to have three characters. So for maps, the current is CJ and the new ones are CxD, where x is from A to J skipping I. Last digit is lower than old. Same with Voice… last digit lower than old. I guess the naming changed at some point? I assume the APIM installer does not care about installing a newer or older file, it just installs what is in the list? The map license goes from CH to CD… going backwards?

I am confident Syn3 is building a proper USB update… but I just want to understand how it all works.

I see my current modules have two character suffixes… CJ, CH, etc… where the last one is the revision… but the new modules seem to have three characters…the naming changed at some point?

Just a naming convention difference from Sync 3.0 to 3.4 versions. This is by design.

It doesn’t really go backwards, but I can see why that might be the thought at first glance. Take into consideration the whole part number of the file. The Sync 3.0 files begin with say, JR3T, which is a part number prefix. The present part number on the files for Sync 3.2+ originally begin with 1U5T, which then increment each year. Since both Sync versions have to exist at the same time because of product life cycle, this is Ford’s answer. So, the part numbers of the files beginning with 4U5T is just another series of files for the Sync platform. They are not directly comparable using the part numbers themselves, you must compare the file info and package dates.

And a few random notes:
You cannot go back to Sync 3.0 from Sync 3.2 or above. Starting with the MY18.5 vehicles, Sync 3.2 uses a different memory/storage structure and access methodology for the EMMC than was implemented in Sync 3.0, allowing for faster parsing of the files, and generally faster access to memory. These changes are currently irreversible as there is no reformat tool available to the ‘public’ for this purpose. If you would like a history lesson on the origins of this modification, you should visit FFClub.ru at the link below. Keep in mind while you are reading that some of the references to updating the firmware are obsolete and this is not always necessary. This is where the modification was discovered and developed by the participants there. Others are simply using the work. You will need to install Google Translator or other translator as the site language is Russian. 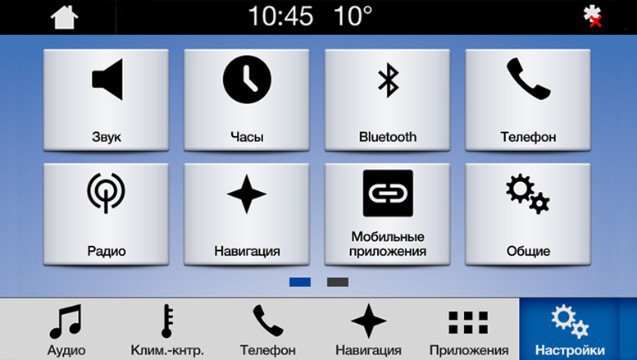 As far as warranty concerns, if you need to replace the current APIM in your vehicle that was reformatted, Ford will not cover the replacement under any warranty, unless they just don’t know about it or you can show that Ford replaced the unit in this manner. However, the deductible for the extended warranties varies, and also the coverage for certain parts. It would most likely be cheaper to just buy a new module (pre-owned) for your vehicle on eBay. The service department will also not try to (or should they) reprogram the unit because they simply cannot do so, for many reasons.Typical Ford service policy is to replace items like this. If you were able to get the unit replaced, it would be for the replacement called out for your vehicle according to the original equipment.