Hi Sir,could you pls send the file 1U5T-14G375-CA?I cannot find it anywhere,thank you so much.

I did the IPC firmware update using obdlink mx+ and forscan 2.4.6 beta version everything went good

Tried to update APIM firmware… bricked it. Chance of recovery?

Having trouble finding these based on your rescue instructions: APIM Firmware Flash Rescue 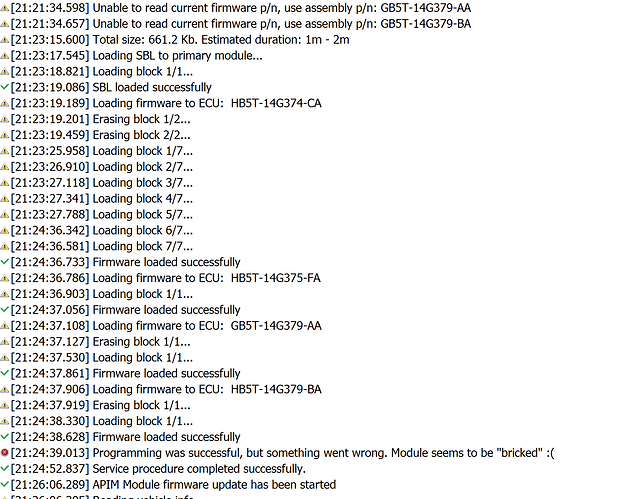 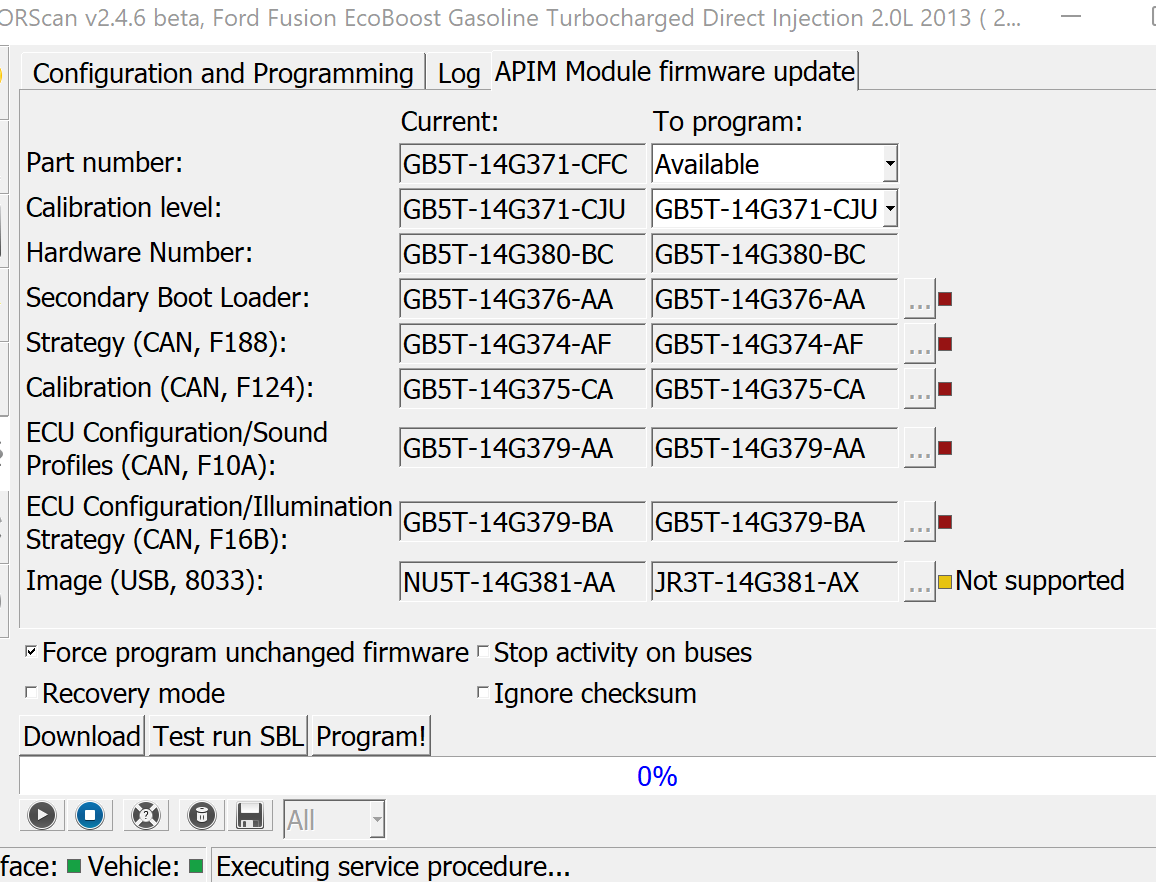 I should specify that I’m using an OBDlinkEX with updated firmware and I have my sync 3 module is NA NAV.

I was going to suggest this. Glad it worked out…

Hy. What files do I need in order to update my sync 3.4 ford mondeo 2016. I would like to have the calm screen. Seems like the current files and the available ones are the same. 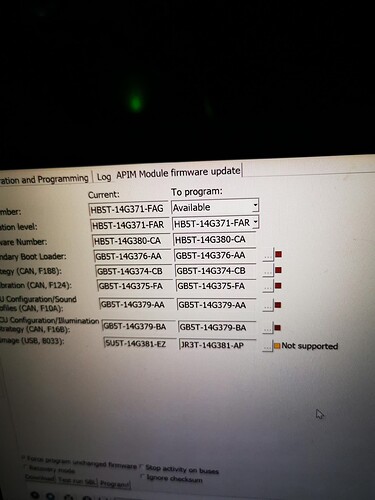 Thanks for your answer

Do you know from where I can get the files? I am using for the update the obdlink ex / forscan 2.4.6

Thanks for your support. I have enabled calm screen now

That would require MY18.5 firmware. I would not recommend that for the age of the APIM you have. But people do it, it’s up to you. However, we don’t support or discuss the custom apps here.

I’m now attempting to clear this DTC U2100(after my failed update and APIM brought back from bricking). There is where I am currently. I’m not getting a reading on current configuration on ECU. Any suggestions appreciated. 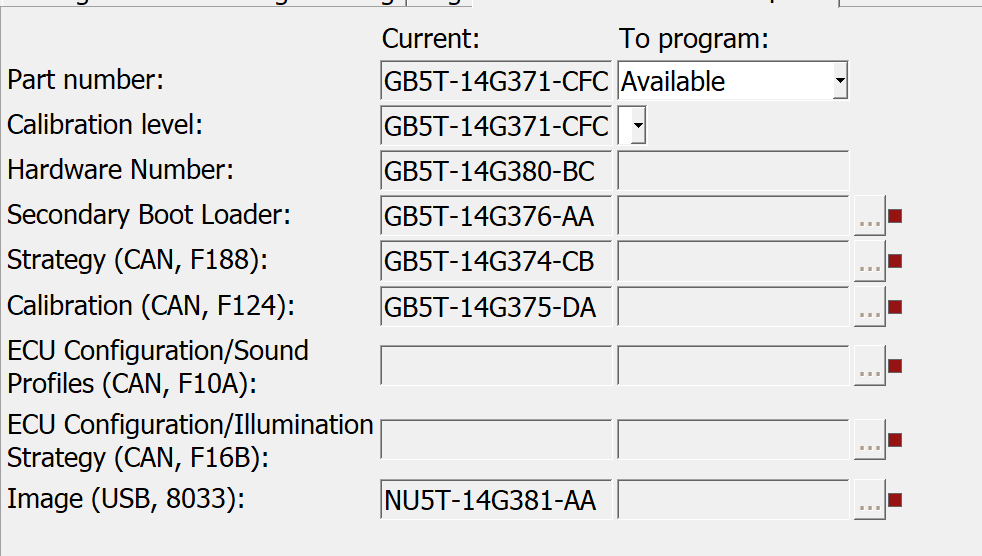 Reload the entire asbuilt at one time and master reset the APIM.

Tried that, but seems that it’s not liking me flashing the ECU? It loads successfully but its not booting. 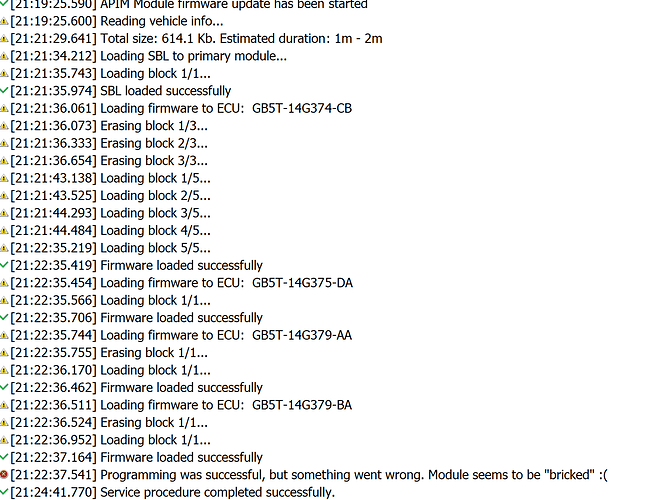 I also tried just flashing ECU and that’s a no go. 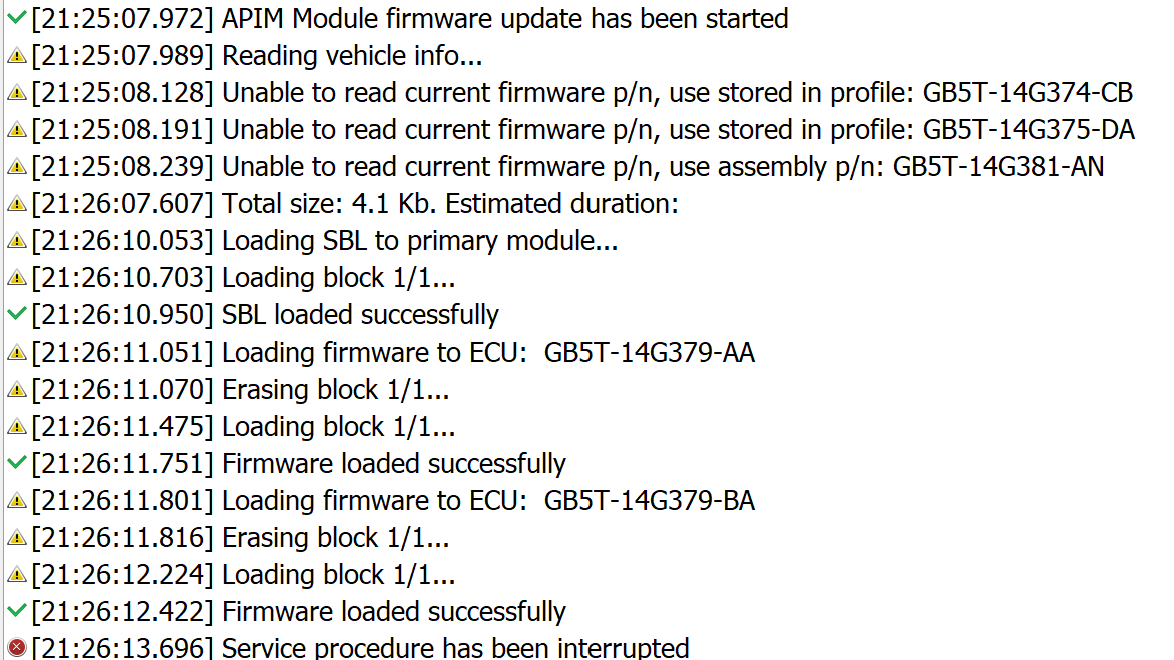 That’s giving me this same result: 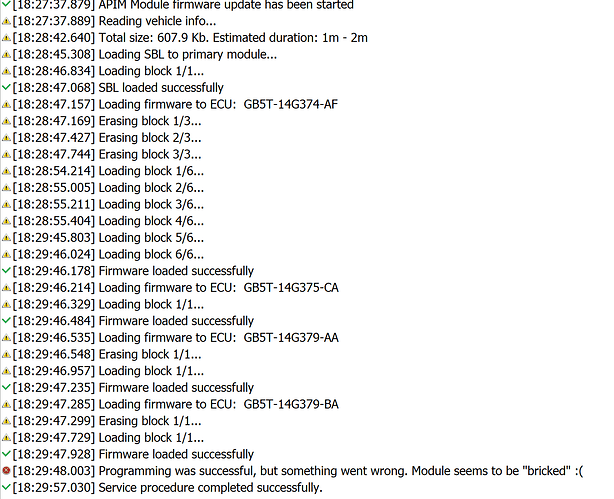 Load your factory APIM asbuilt completely at one time after you make the firmware changes. If that does not work, remove power from the APIM for 15 minutes then try the firmware update again. The GB5T-14G371-CFC units are very finicky about the firmware changes, probably the most difficult model of APIM to upgrade.