Hello, been doing mods on newer Fords very successfully but this one I’m struggling with. its a 2015 Escape that had a 4.2 screen that I have installed Sync 3 in. everything is working with the exception of the audio controls on the steering wheel. All the settings I have tried haven’t worked, its like the control don’t have the correct resistors in it to send the correct voltage because the voice button makes volume go up and the volume down button changes preset. The information I have found on this retrofit don’t say anything about having to change the switch on the steering wheel so I dont know if it is a setting I just cant get or if they have different buttons than I have

Would the as built files help? These two linked articles dont describe my issue, the only thing not working correctly on this is the buttons for the sync system on the right of the steering wheel

I put the articles there to get a better idea of the issue.

I founs a mention about this issue that disconnecting the battery for about 15 minutes would solve the problem. Something to try if you have not done so… 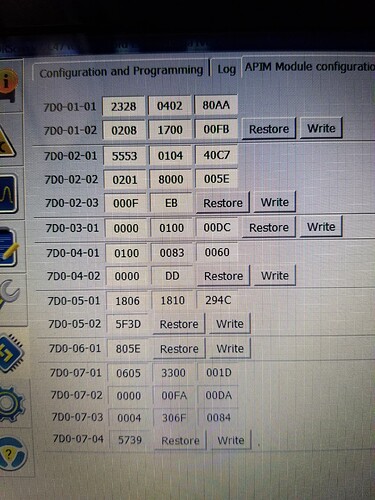 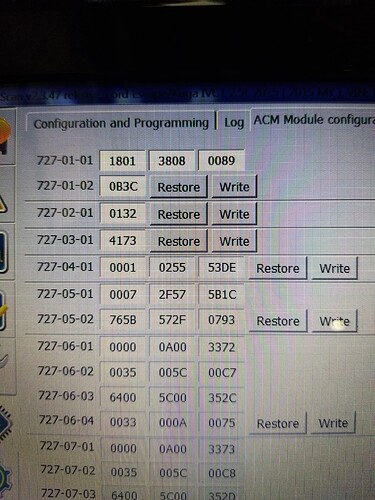 Controls stayed the same even tried master reset after programming. Im pretty sure I have already tried this setting and is why im stuck on this

Could you PM me your VIN? I’ll look up the original settings.

Was a sync 1, i pulled this from the apim before i removed it 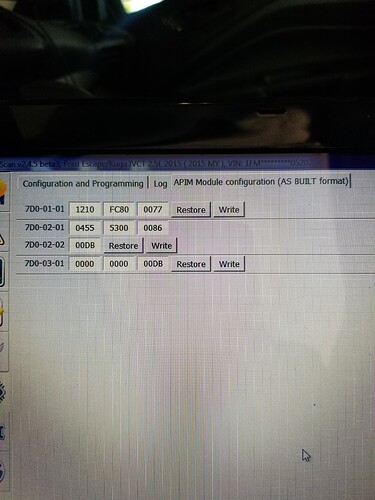 And this from the original ACM 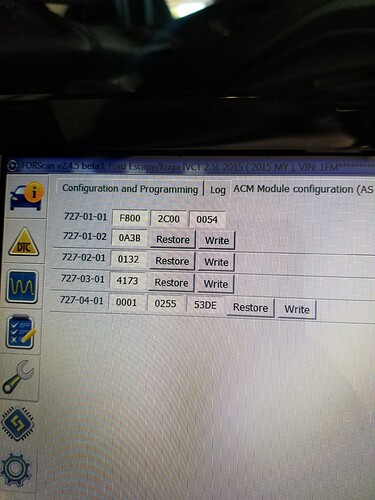 What are the part numbers of the original ACM and the replacement ACM?

Sorry for wasting your time, figured out it was a swapped pin in my harness, thanks for your replies

No problem. Glad you got it sorted. Does it all work now as expected?

Everything is working far as I can tell. Will know more in a few days when my antenna cable shows up because I have added Sirius and nav with a factory ford antenna on the roof

Everything works as it should, now to see if I can get retrofit FordPass to work

If you are putting FordPass into a 2015 Escape, it’s not the same modem or functionality as the F-150’s, etc. Just be awrare that the modem is the H series.

I already read that thread lol. I was able to downgrade a K series to J series firmware for my 2017 f150. That was a retrofit also because it was not an option that was ordered. After FordPass got its end figured out that one is working perfectly. I do have an H series TCU to try but I think I may need to change the ipc and maybe the bcm to 2017+ because the 2015 stuff isnt looking for the start commands from a tcu. Will work on this in the near future. Need to wire up a tcu and see if I can get get FordPass to recognize that I have a TCU installed. Do you know if/how Forscan will see a TCU as it isnt on the hs or ms can lines?

TCU needs to be on the appropriate CANBUS for the vehicle. For instance, for the F150, you had to downgrade the TCU to J series because you needed to have it on the HS3-CAN, rather than the HS4-CAN the K series is meant for.

I just reopened that thread if you would like to post there for some questions, or whatever…